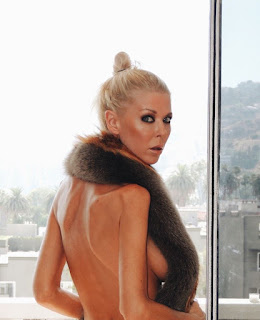 Like a wind-spun shark hurled from the depths of the sea, Tara Reid has caught some serious momentum lately. Her role as April Wexler in the Sharknado franchise—an improbable hit that’s tapped into some insatiable, zeitgeisty appetite for flying sharks and preposterous ways of killing them (chainsaws, satellite laser beams, stiletto heels)—has officially replaced American Pie as the 41-year-old’s most well-known IMDB credit.