Is the Internet Changing the Way People Feel About Religion? 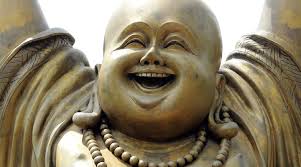 Spend enough time on the internet and you may well end up becoming an ordained minister of Dudeism. The vague religion dedicated to the mellow Zen of Jeffrey "The Dude" Lebowski (fictional hero of the Coen Brothers' cult smash film "The Big Lebowski") fills no church halls, but does offer a complete worldview that combines the chillest bits of Taoism, Buddhism and turn-the-other-cheek Christianity.
>>READ MORE<<