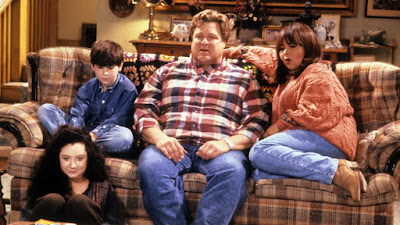 John Goodman shockingly never won an Emmy for his role as working-class father Dan Conner in “Roseanne” despite competing seven consecutive times as Best Comedy Actor for the ABC sitcom (1989-1995). He did eventually win as Best Drama Guest Actor in 2007 for “Studio 60 on the Sunset Strip,” but now he could finally cash in that “Roseanne” Emmy I.O.U. with the upcoming series revival, premiering on Tuesday, March 27. But Goodman hasn’t only made a name for himself on TV. In honor of his return to the small screen, let’s take a look back at some of his best big-screen performances. Tour through our photo gallery above of Goodman’s 20 greatest films, ranked from worst to best.