The Big Lebowski at the Downer Theatre 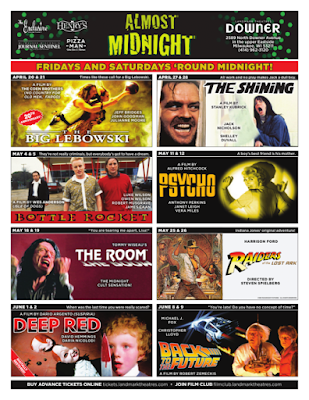 From the Academy Award-winning Coen Brothers (Fargo, No Country for Old Men) comes a hilariously quirky comedy-thriller about bowling, avant-garde art, nihilistic Austrians and a guy named...The Dude. Jeff "The Dude" Lebowski (Jeff Bridges) doesn't want any drama in his life...heck, he can't even be bothered with a job. But, in a case of mistaken identity, a couple of thugs break into his place and steal his rug (you gotta understand, that rug really tied the room together). Now, The Dude must embark on a quest with his crazy friends to make things right and get that rug back! Co-starring John Goodman, Julianne Moore, Steve Buscemi, John Turturro and Philip Seymour Hoffman.