DHARAMSALA, India — The Dalai Lama posted a picture to Instagram on Tuesday, April 10 showing him wearing a Green Bay Packers hat and holding a football — while standing next to quarterback Aaron Rodgers.

The post reads “His Holiness the Dalai Lama wearing a cap and holding a football presented by Green Bay Packers quarterback Aaron Rodgers during their meeting at his residence in Dharamsala, HP, India on April 10, 2018.”


Rodgers, along with his girlfriend Danica Patrick, are in India with the Starkey Hearing Foundation. 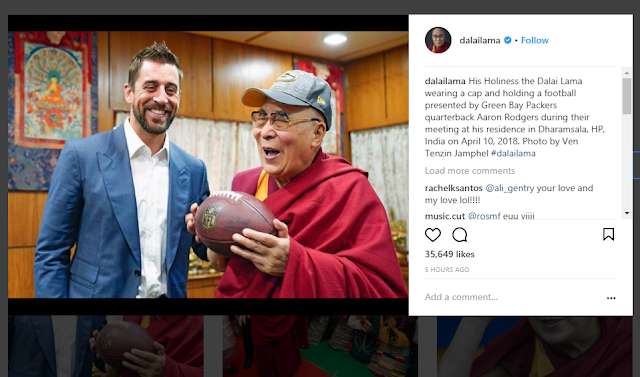